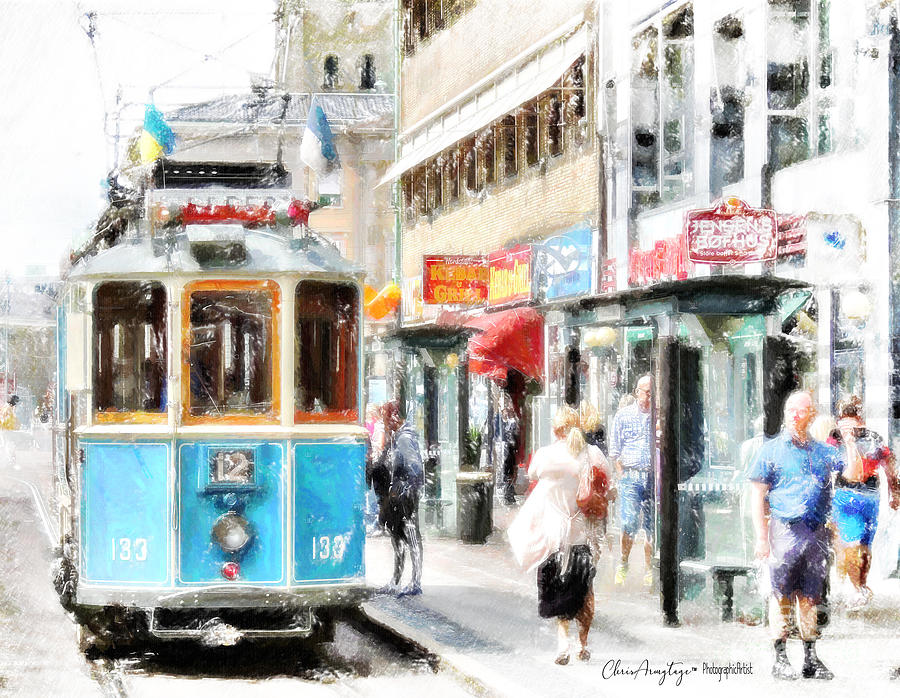 The Stockholm tramway network forms part of the public transport system in Stockholm, the capital city of Sweden.

Beginning with horse trams in 1877, the Stockholm tram network reached its largest extent in 1946. Many of the former suburban tram lines became parts of the Stockholm Metro between the years 1950-1964. In September 1967, in conjunction with the Swedish switch from left-hand to right-hand traffic, the last parts of the once large inner-city street running tram network were closed. What little remained of the former network following 1967 were isolated suburban feeder lines to the Metro.

However; In 1991 a 3 km (1.9 mi) long heritage line opened to the recreational area Djurgården; and in 2000, the non-radial half-circle line Tvärbanan opened with articulated low-floor vehicles connecting an inner ring of Metro and commuter rail stations just outside the inner city proper, with subsequent extensions in 2003 and 2014; and in 2010 the heritage line was extended and converted to a regular service line.

Gorgeous feature in the No Place Like Home group! LF

Thank you so much, Jenny Rivetz Soper, for featuring "Historic Stockholm Tram" in No Place Like Home!

Thanks so much Angie :)

Delighted that you like it Lois! Thanks so much :) x

Thanks so much Phil!

Thanks so much Joy!

Thanks so much John M Bailey, for featuring "Historic Stockholm Tram" in the "Images That Excite You" group!